How To Position Yourself On The Football Pitch?

HomeUncategorizedHow To Position Yourself On The Football Pitch? 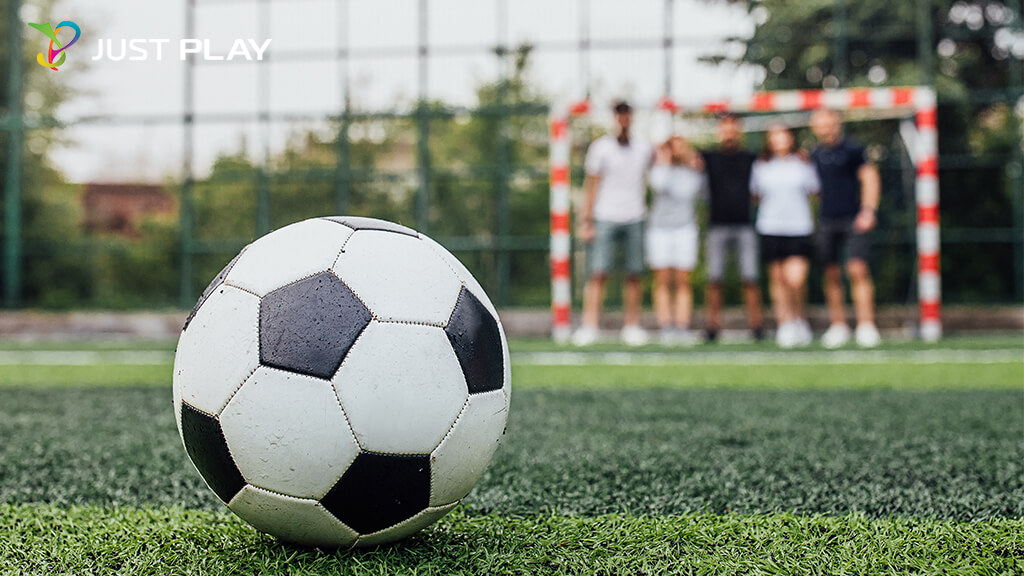 Positioning on a football pitch is one aspect that can vastly improve your gameplay when it comes to football.

If you want to practice your moves, we’ve got your back! At Just Play, we offer the best football pitches for rent. Bring your friends and play football in Dubai.

Everyone who is passionate about the game should keep in mind these aspects, so let’s go through them:

Believe us, it isn’t that complicated. Understanding and executing the right positioning in football is all about each of the players understanding their strategic function in the respective position on the football pitch assigned to them.

Your position on the pitch might seem simple, however, it is a hard-taught skill with implications that vary greatly in actual gameplay scenarios. Out of all playing styles, Rinus Michels’ ‘total football’ system holds the core idea of best-exploiting positioning in football. This school of thought gave us geniuses like Johan Cruyff, Pep Guardiola, and Xavi Hernandez.

Total football is all about positional play, and who among us doesn’t remember Pep Guardiola’s Barcelona?

They implemented the idea by alternating positions, creating triangles, and providing each other depth by creating passing options on the pitch. That’s all it took to drive the opponents crazy!

For instance, Andres Iniesta and Xavi Hernandez used to function as the wide interiors in the midfield, their ball retention skills helped them create gaps in the middle which Lionel Messi used to exploit by dropping deep and taking the ball from the center. Doing this, they always managed to disorganize the defensive lines, which created spaces for them on the attacking front to score goals! And they scored loads of them!

HOW CAN YOU POSITION YOURSELF?

You have the example right in front of you. Depending on the game plan you follow, positioning concepts will vary in attacking or defensive dynamics. The core idea remains the same, which is to create the spaces through on-ball and off-ball moments in your respective positions. And providing chances to your teammates on passing fronts.

Now that you have a basic understanding of positioning yourself while playing football, it’s time you practice it on a football pitch. At Just Play, you will have the opportunity to train for your position and to play football in Dubai on a quality football pitch for rent.

Book with us today!